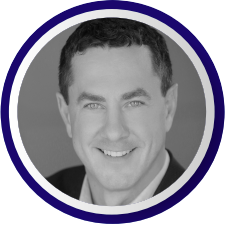 Dr. Malcolm brings nearly 25 years of combined experience in biochemistry and molecular biology of viruses, and business knowledge to the executive team of Kermode Biotechnologies Inc., a company he co-founded that is developing a novel approach to addressing vaccine and therapeutic challenges related to complex animal/livestock viral infections.

Dr. Malcolm also serves as the President, Chief Scientific and Innovations Officer, and Board Member for CaraVan Biologix Inc., a company he founded that is dedicated to creating novel therapeutics to treat solid tumor cancers and other human diseases.

Prior to these roles, Dr. Malcolm served as a Founder, CEO and CSO of Excision Biotherapeutics Inc. from 2015 to 2019 where he completed a $10+ M series round of funding and positioned the Company for success with critical CRISPR gene editing endonuclease licenses from UC Berkeley.

In addition to his executive roles, Thomas is a member of the SAB for Cila Therapeutics Inc., located in Boston MA, a company developing inhaled therapies for the treatment of a rare genetic disorder, Primary Ciliary Dyskinesia (PCD) and late stage Sars-Cov-2 hydrofluidic lung infections, a scientific advisor and former CSO for BioMark Diagnostics Inc., a company developing metabolomic diagnostics in Vancouver, Canada, and has consulted for Aridis Pharmaceuticals, a CRISPR-based antibody vaccine development company, located in San Jose, California.

Dr. Malcolm has published his work on viruses and cancers in multiple high impact journals. He is also an inventor on numerous patents. Thomas earned his Ph.D. in Biochemistry and Molecular Biology from the University of British Columbia, Vancouver, Canada and continued his studies as a postdoctoral fellow at Sloan Kettering Memorial Cancer Center and Mount Sinai School of Medicine in New York, NY.